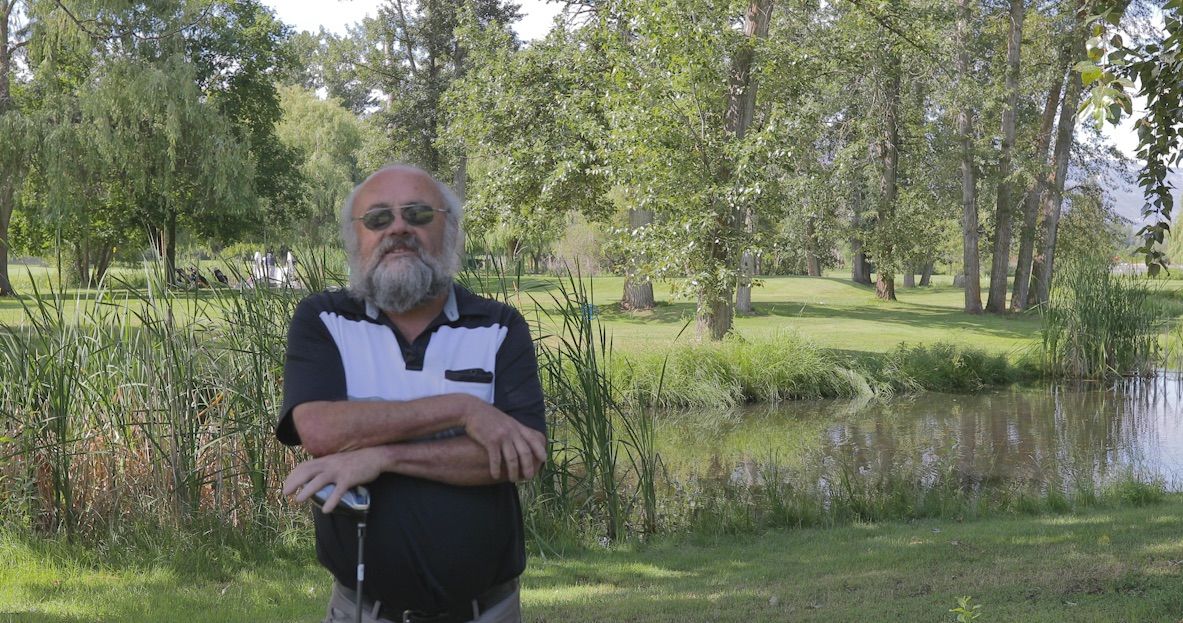 While he has lived that lesson for most of his life, Jim has opted for a healthier lifestyle since he started playing on his home golf course at Mission Creek in Kelowna 35 years ago. Jim estimates he walks approximately 4.5 miles —that’s 12,000 steps— with his clubs six times a week. He recently calculated that he has reached more than 4,000 games since he started playing at Mission Creek Golf Course back in the mid-1980s.

"I don't know if that's the record, as there have been other retired guys that have been playing at Mission Creek since it opened 40 years ago. They're all gone now, so no one has been playing there longer than me now. I was 34 when I started, and I'm 67 now," Jim says.

Working as a recreation vehicle (RV) designer, Parke started playing after he and some friends went on a golf trip to Alberta. Upon returning to Kelowna, he was asked to play a round at Mission Creek, which was then owned and operated by Vic and Ruth Welder.

Jim recalls sinking more balls into the Mission Creek's beautiful water features than he cares to remember but says he was hooked from that first day.

“We were all members of the Army, Navy, Air Force Club in Kelowna, and Ruth Welder offered to give all Army-Navy members a discount. I had a really good time. Other guys from the club started coming out on Fridays. Eventually, we started golfing on Fridays and Saturdays with the Army-Navy guys. We played even when it was raining,” Jim says.

As time went on, Jim started running a Saturday group (and still does!) that on some days saw up to 80 players on the course.  He also became a father to three children during that time.

“It's an accident that I started to play golf, and by the time my first son came along and he started playing golf and caddying for us, I realized this is part of my life. If you asked my friends about me, they'd say, 'I built RVs, and I played a lot of golf,'" Jim laughs.

In 2002, the RV company that Jim worked for decided to shut down.

“The first thing I did was go down to the golf course and play a round," Jim recalls. "That's when I started golfing first thing in the morning around five-to-six days a week. I rarely took a day off. I was playing up to 200 rounds a year."

“I used to suffer from back pain and also found out later in life that I was diabetic. I knew I had to change my lifestyle and what I ate. I told my doctor that I played around 200 games of golf a year, and he told me to stay the course, as it was perfect for my health," Jim says. "Everyday that you play golf, you live another day."

Jim credits the Welder family for always welcoming him and keeping local golf rates at a reasonable price, and has been proud to see Mission Creek’s public golf course celebrate its 40th anniversary.

"It's such a beautiful course, and I love that it's family-run. I've been doing this so long. I've gotten to know the Welder family, Ruth, John, Debbie, and now Evan and Danielle, and all the grandkids. Some of them are now mowing the greens. I hope to see it become a fourth generation-run course," Jim says. "Mission Creek is home, and sometimes it's like a job. If someone misses a day, we wonder where they are.”

“Maybe when I’m 73, although I may have to slow down. I find walking six days a week a little harder,” he laughs. “I now have a three-year-old grandson, and I am making him his first set of golf clubs at the moment, so I should have a new golf partner soon.”

Looking for what to do in Kelowna outdoors this fall? Purchase a 2020 full season pass to Mission Creek, and golf for free this September and October. Contact us for more details.